Today is the official beginning of Fiesta!!  I hope to bring you a variety of stories from different events…as long as my schedule goes as planned!!
For today, I wanted to introduce to you the fabulous over 50 ladies who oversee one of the largest parades in the country! I have included below an article I wrote for one of our local small newspapers. 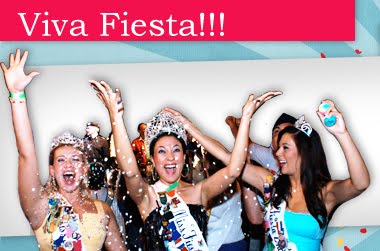 Tonight, I will start the events  with a special Art Gallery Show featuring work from the fabulous GIGI!!
Make sure you enter the Soft Surroundings contest to win this gorgeous blouse:

Visit Katie’s Blog Hop and have a great Thursday!

Battle of Flowers: More Than a Parade

By Pam Lutrell
As thousands of San Antonians are lining up to watch this
year’s Battle of Flowers Parade on April 27, over 1200 students will have the
time of their lives… picnicking in Maverick Park enjoying a day they will
always remember. “After we selected Ed Whitacre as our 2012 Parade Grand
Marshall,” said Suzanne Terry, President of the Battle of Flowers Association,
“we were contacted by AT&T and General Motors to do something special in
his honor.”
Working alongside the United Way, parade representatives
decided to treat underprivileged children in the San Antonio area with a boxed
lunch picnic, entertainment, bright colored T Shirts, and premiere seats to the
parade.  “This idea fit beautifully with
one of our missions to give back to the community,” Terry said.  “The picnic is in addition to the four
hundred and fifty thousand dollars already poured back into San Antonio
charities, churches, and service organizations from the available chair seats
given to over 450 groups to use for fundraisers.”  They are the front seats along the route.
After 121 years, the Battle of Flowers Association is one
501C3 organization known for community service, education, and patriotism
through the parade, the band festival, the oratory contest, the essay contest,
and art cover contest.  Each volunteer
loves something special about the parade’s mission.
“I love that all of our family oriented events work together
to preserve Texas History,” said Recording Secretary, Kerry Rutledge.  “This year the oratory topic was Horns, Hides, and Hoofs: The Texas Trail
Drives.  The young lady who won will
speak to us at our Battle of Flowers luncheon the day before the parade and she
represents Texas State University.”
Parade Chairman and Association Vice President, Rhonda Calvert
loves all of the educational aspects of the parade.  “This year our theme is Where Fiesta Began.  We reenacted
the first parade when we announced the picnic at Maverick Park,” she said.  “Each entry will lay a flower tribute at the
Alamo.”  The parade association was the
group which began the Alamo Pilgrimage at the beginning of each Fiesta
week.    Rutledge explained, “All Fiesta
organizations gather to make a silent and solemn walk to the front of the
Alamo.  We lay the tributes as the names
of the fallen heroes are read.”
Terry said, “It’s the four hundred volunteers that make me
smile.  I recently went to a meeting of
the International Festivals and Events Organization and we are the only parade
which operates completely with unpaid women volunteers.  Other groups were amazed.  It takes hard work and dedication which goes
on all year, every year; but we do it and keep this tradition alive for San
Antonio.”
Another way the parade gives back to San Antonio is with
their support of the city GO GREEN initiative.  “We work hand in hand with the city and have
received the highest awards for cleaning up 10.6 tons of trash last year with
volunteers,” said Calvert.
This year will be special, as always, when the parade begins
with the Fighting Texas Aggie Band, Ross Volunteers, and Mounted Platoons.  But, as you smile and enjoy the beauty and
festivities, know that behind the scenes, San Antonio will benefit in a variety
of ways.