OK, I am not much of a movie goer any longer.  I watched the red carpet prior to the Oscars
last Sunday, but turned off the Oscars early…simply because I was not that
familiar with the top movies….and did not get why Neil Patrick Harris would walk
out on stage in his underwear!  But,
every now and then something comes along which lures me to the theater. 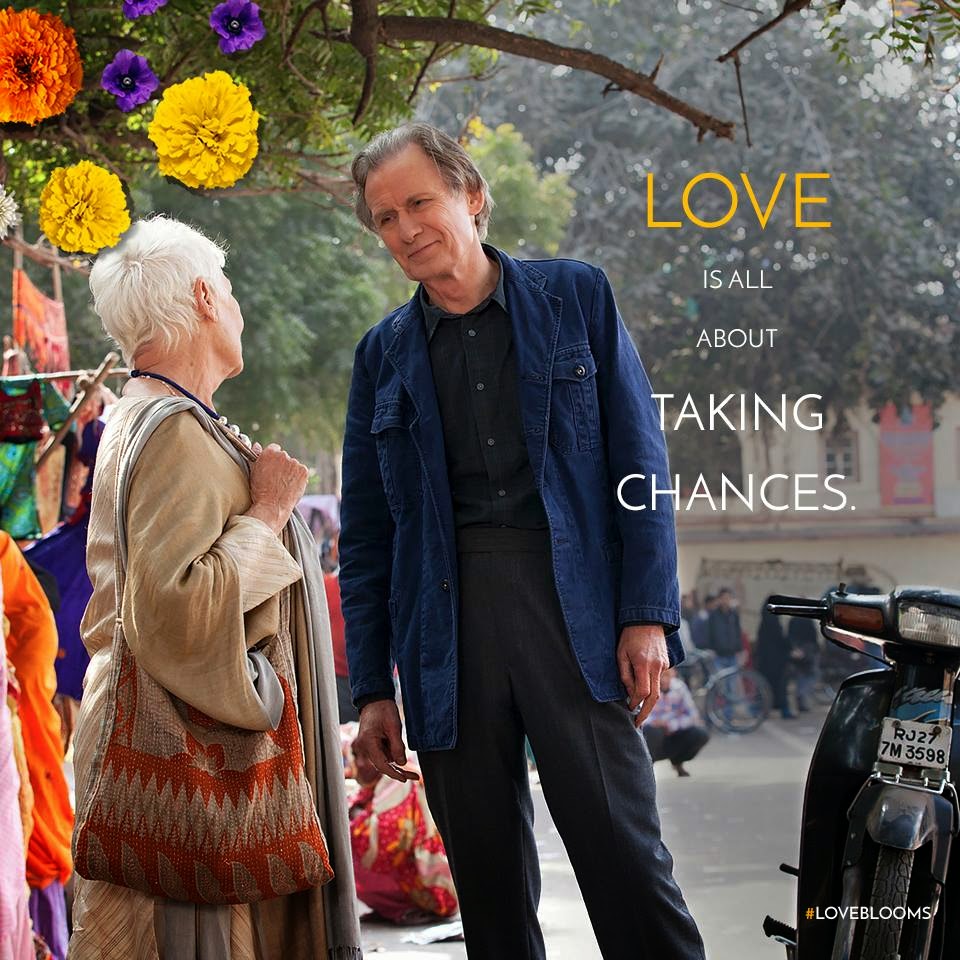 The Second Best Exotic
Marigold Hotel is one movie I am really looking forward to!  It opens next weekend with a cast including
Judi Dench, Maggie Smith, and Richard Gere!
The trailer made me smile (did I mention Richard Gere!)…so I think this
is one I will attend during my Spring Break. 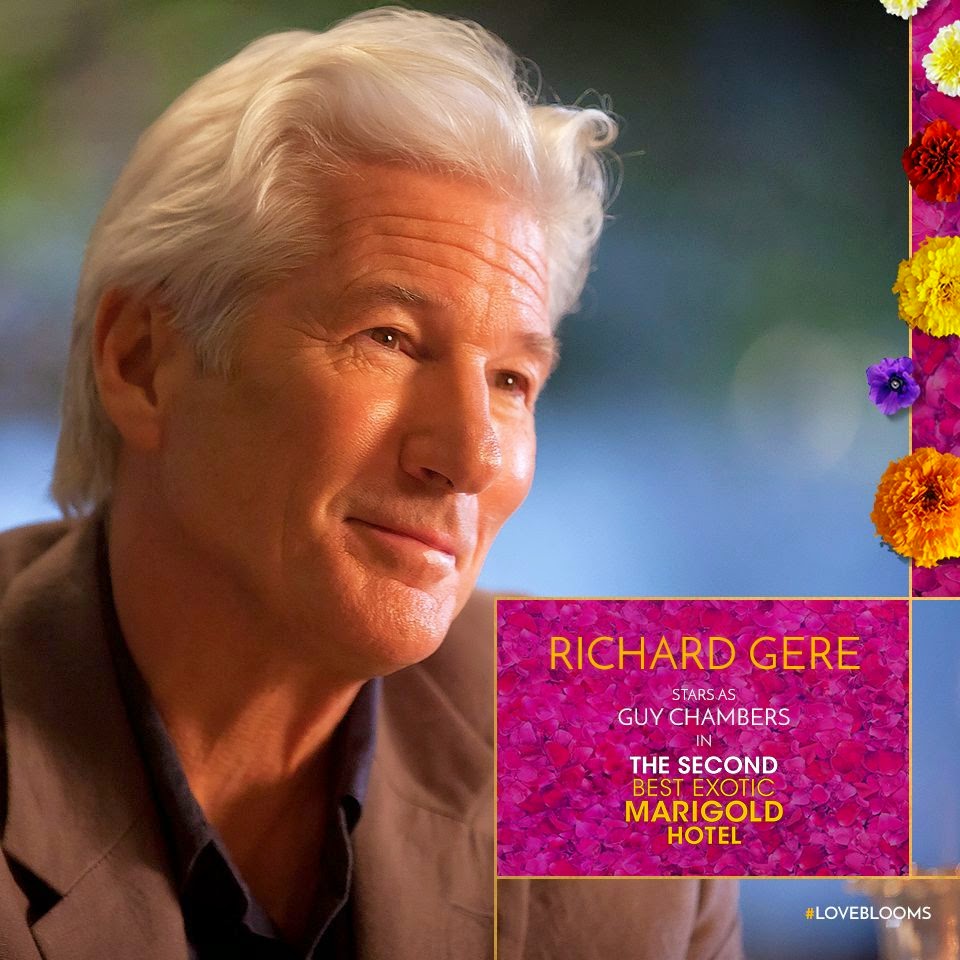 Now, just to get you excited about the movie, here is a fun
giveaway from the promoters…you can win a $50 VISA Gift Card for your next big
adventure, and some fun memorabilia from the movie…Hotel Key Chain, tote bag, and
DVD of the first film “The Best Exotic Marigold Hotel”  Just enter on the Rafflecopter below and the
winner will be announced next Thursday, March 6. 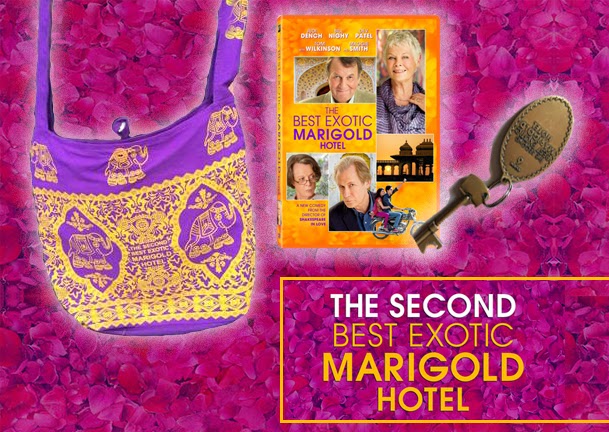 Here is the trailer…looks fun…and here is the official movie
description:

#LOVEBLOOMS AT THE
SECOND BEST EXOTIC MARIGOLD HOTEL IN THEATERS MARCH 6!
THE SECOND BEST
EXOTIC MARIGOLD HOTEL is the expansionist dream of Sonny (Dev Patel), and it’s
making more claims on his time than he has available, considering his imminent
marriage to the love of his life, Sunaina (Tina Desai).  Sonny has his eye
on a promising property now that his first venture, The Best Exotic Marigold
Hotel for the Elderly and Beautiful, has only a single remaining vacancy –
posing a rooming predicament for fresh arrivals Guy (Richard Gere) and Lavinia
(Tamsin Greig). Evelyn and Douglas (Judi Dench and Bill Nighy) have now joined
the Jaipur workforce, and are wondering where their regular dates for Chilla
pancakes will lead, while Norman and Carol (Ronald Pickup and Diana Hardcastle)
are negotiating the tricky waters of an exclusive relationship, as Madge (Celia
Imrie) juggles two eligible and very wealthy suitors. Perhaps the only one who
may know the answers is newly installed co-manager of the hotel, Muriel (Maggie
Smith), the keeper of everyone’s secrets. As the demands of a traditional
Indian wedding threaten to engulf them all, an unexpected way forward presents
itself.
This looks like a joyful, hopeful celebration of life….let’s all go enjoy it!

Have a fun Friday!! 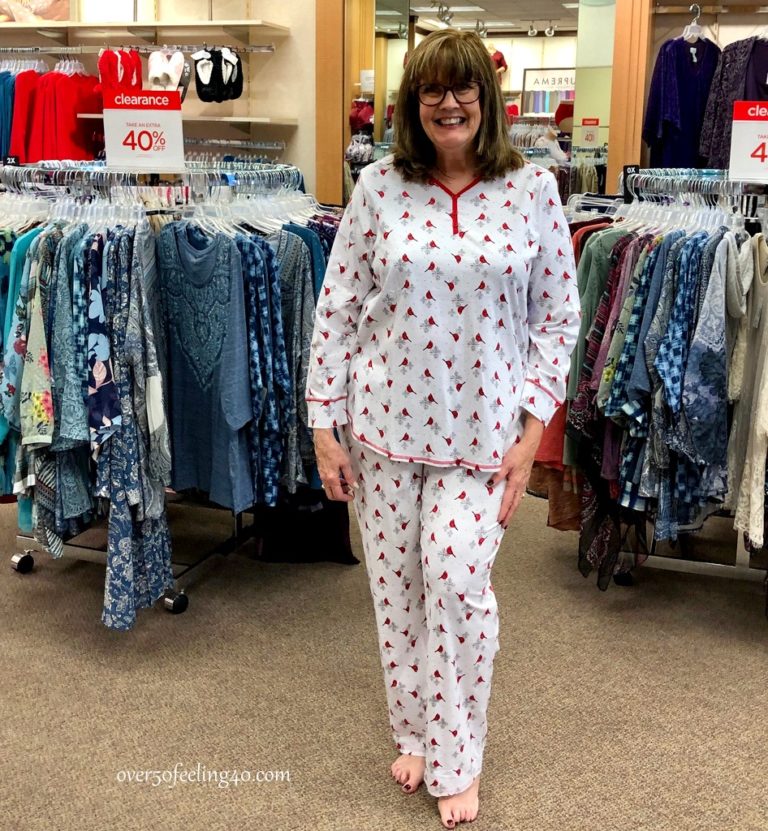 Yes!  I am wearing Christmas PJS!  But, more about that later.  First, the team at Catherine’s invited me over for some holiday shopping and lots of smiles. I know there are some of you looking for a place with affordable fashions, and lots of sizing and fit options for curvy ladies.  You should consider Catherine’s…. 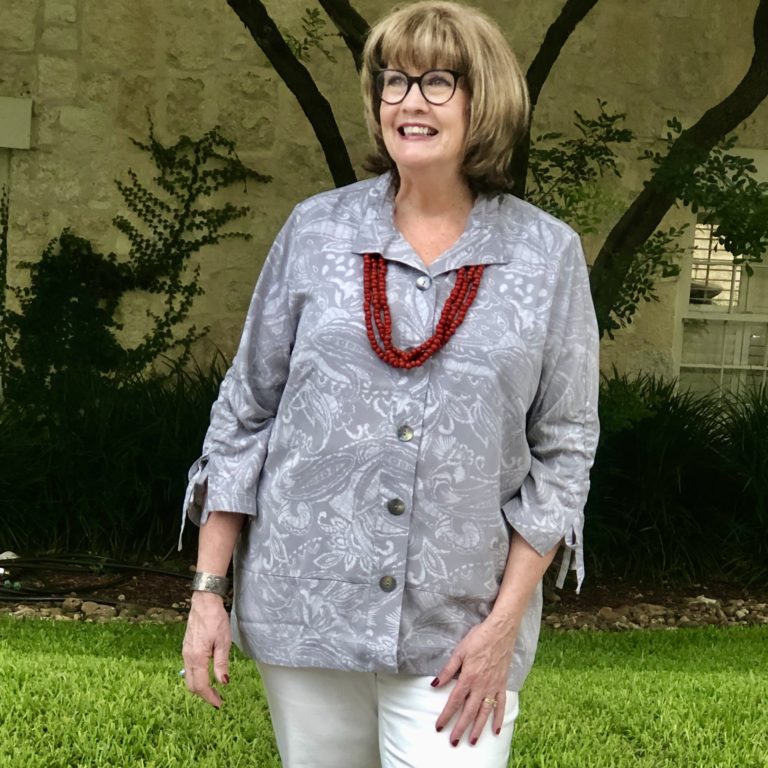 This week I am discussing some luxurious cool and comfy summer fabrics in addition to linen.   We just discussed the advantages of cotton gauze and today I want to recommend and Bamboo.  They are luxurious in the way they wear and feel to the touch. Tencel is a sustainably sourced fabric from wood that is… 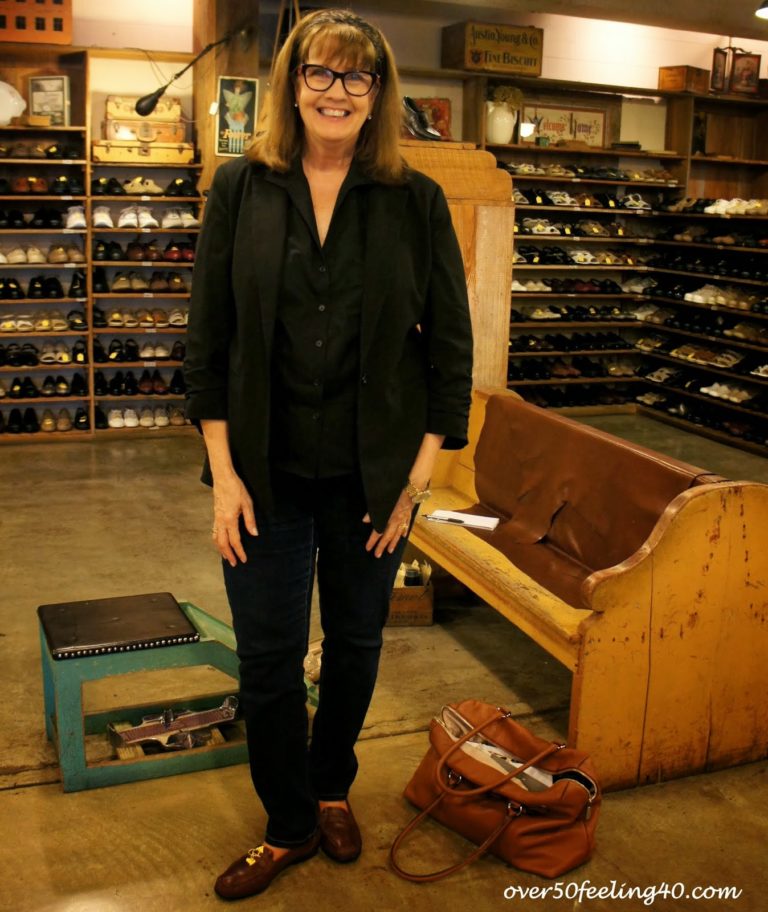 San Antonio Shoemakers (SAS) has taught me much recently and caused me to ponder how I look at my feet. Let’s face it, fast fashion has done a huge disservice to our feet.  Of course, shoes are fun…creative…amazing accessories.  But, bottom line, ladies, we must be able to walk in them.  Luxury shoe lines have offered… 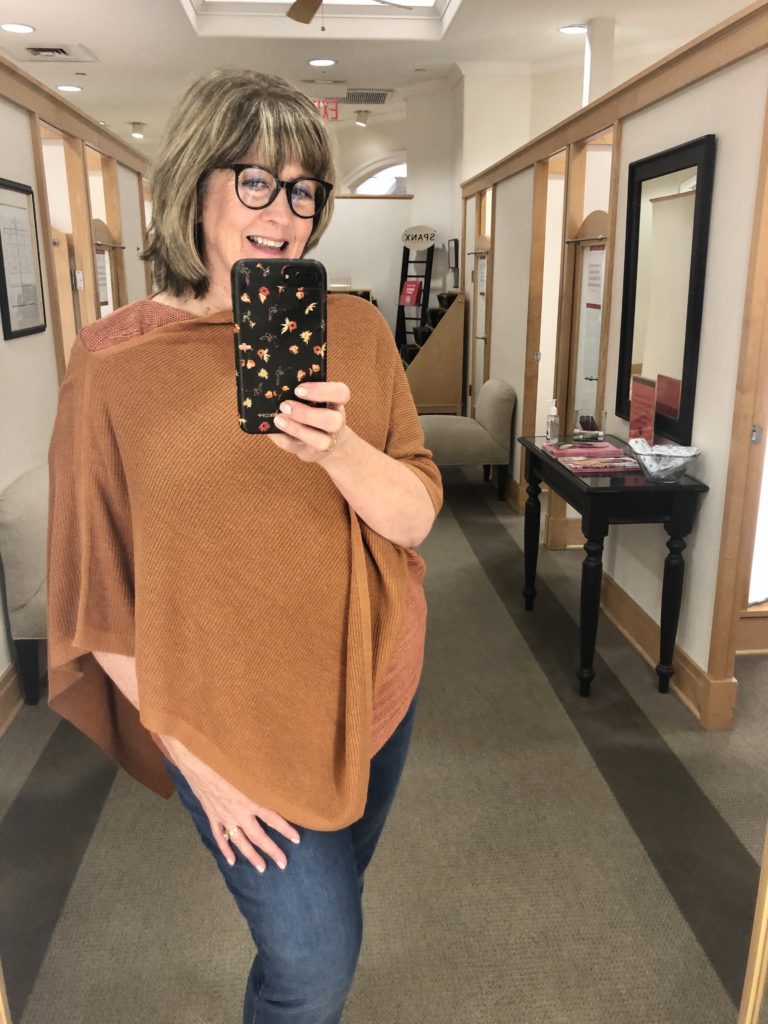 It’s September, and today, I resume my search for what my new personal style will be during this new phase of life and I made a stop by Talbot’s.  So far, I have tried on different looks at Chico’s, Eileen Fisher at Dillard’s, Soft Surroundings, and now Talbots.  Last week, I tapped into my creative… 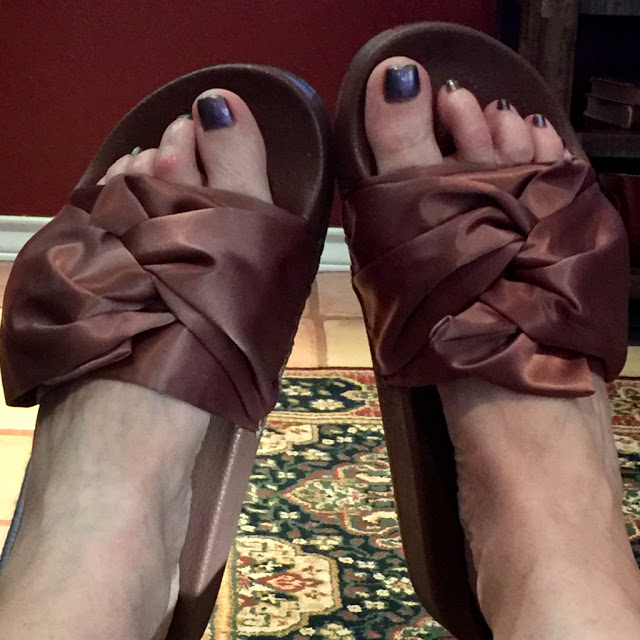 I think we all agree summer really starts with Memorial Day weekend!  So, to spice up your fashion over 50 wardrobe, pay attention to all of the great summer sales going on this weekend!  I am so excited about my sandals for the warmer weather..I have four new pair!  The Steve Madden slides I am…

What do Texas ladies wear to a tea party?  Well, you are about to find out!  We were invited to fun Gruene, Texas to the RIVER HOUSE TEA ROOM for a 60th Birthday celebration of a dear friend!  Her daughter hosted a tea in her honor! GRUENE is a quaint Texas Hill Country favorite sitting on the…