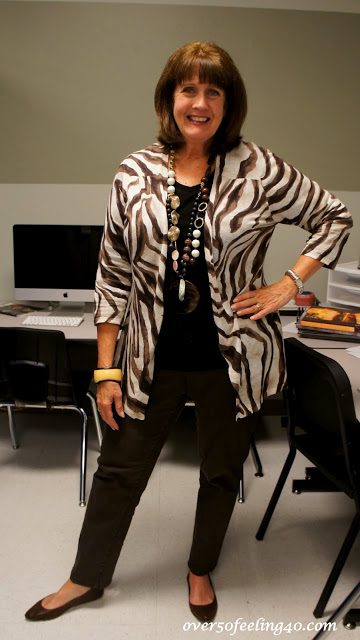 Most of us are familiar with Tim Gunn’s favorite phrase,
Make It Work!  But, it helps me face
challenges all of the time.  Whenever I
find myself lamenting over a problem, I will hear that scholarly, kind voice in
my head imploring me to MAKE IT WORK!
This happened recently when I picked up the latest Chico’s
catalog and was salivating over new styles and lamenting over my lack of
funds.  I became fixated on a long
necklace which I was convinced was made just for me.  Yet, if it was made just for me….Why wasn’t there
money just for me to pay for it!!  An
eighty dollar necklace wasn’t something I could justify at this moment…though I
tried really hard to do just that. 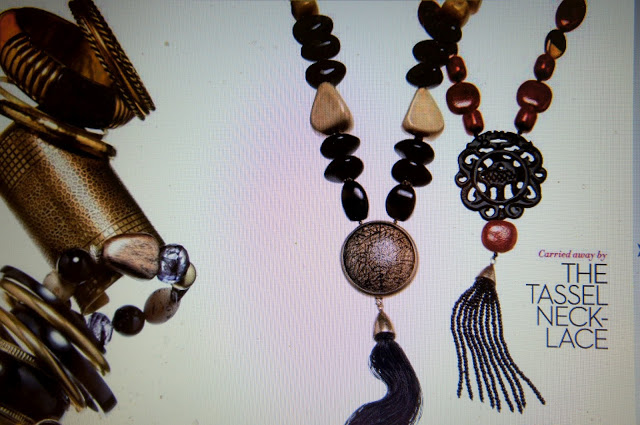 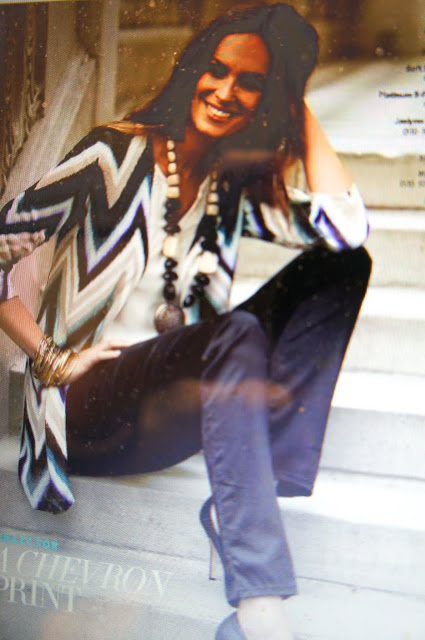 That was when I heard that voice….Well, Pam…MAKE IT WORK!  I went to my hatbox full of zip
lock bags containing all of the necklaces I have received or purchased in my
adult life and began to dig.  I found two
necklaces…one a long beaded necklace from Kohls  and the other a short Chicos necklace
from three years ago and placed them side by side.

They did seem to go together and had a similar style to the
long necklace in the catalog.  I could
have pulled out the needle – nose pliers and put them together that way, but
the smaller one actually hooked onto the longer one and just for creativity’s
sake, I put rope-like twine around the connections and it looked as if it was
designed that way purposefully.  I could have added the tassel (my daughter’s graduation cap from college!) but I chose not to…I liked it without! 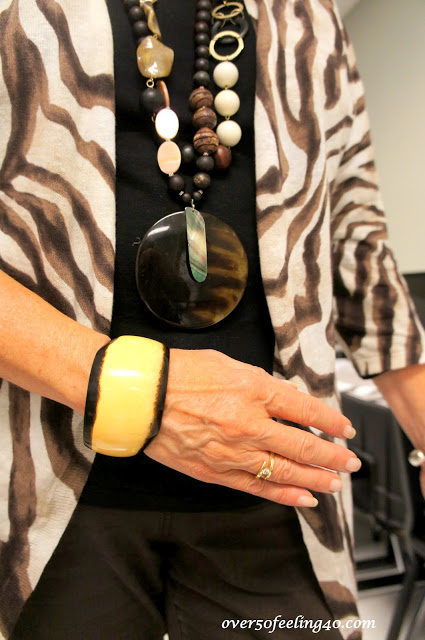 I love it!  I think it
is my favorite necklace right now.  So,
next time you have a desire which looks impossible to feed….maybe all you need is a MAKE IT WORK moment…just for encouragement and courage to think beyond your circumstances.
Have a fabulous Thursday everyone and make sure you visit KATIE’S FAVORITE THINGS BLOG HOP!!

Oh yes, and you can catch Tim Gunn in PROJECT RUNWAY on Thursday night! 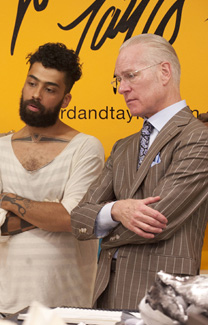