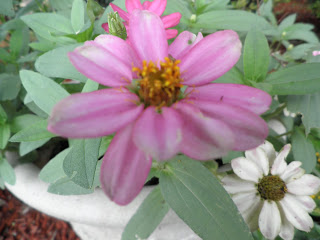 “If you don’t like something, change it. If you can’t change it, change the way you think about it.”

Fun – over –  50, Mary Engelbreit, is one of my favorite graphic illustrators and if I could get her to pen her words on a plaque, I would. These words are a charge to action for most of us when we enter the dreaded fifty-zone….we can make a decision to go forward one way or another. I faced a lot of changing when it came to the way I saw many things. My biggest hang up was my weight and much of the dysfunctional closet had to do with my weight. I had a section of clothes waiting for me to lose the pounds which came and stayed so easily after my children were born….a section of oversized clothing to hide the pounds…and a whole lot of things that just fit really badly. But it would be months before I was able to completely empty everything. If I had foreseen the future, I would have captured these rare finds for historical purposes. But, alas, they went to thrift stores before that could be done. Once again, it was a process. My thinking had to change in so many ways.

Let’s just look at the oversized clothing. A standard lesson in S & C 101 is clothes that fit and elongate the body make you look thinner than the big clothes. I had to see this one to believe it! But it’s true.

Horizontal stripes make you look bigger…once again, true! Any tapered pant makes you look like an ice cream cone! And capris are the worst (I really think that 85% of the women in Texas keep Capri designers in business.) The day I stood in front of a full length mirror to test this theory was horrifying because I really did look like an ice cream cone! A really big dip. I think there are some out there who will struggle with giving up capris more than anything and of course, it is not as big an issue as it is for the thinner fare.

Much to my dismay, I had to change my thinking about my bra. I really hate spending money on what’s underneath! Stacy London is famous for telling women that if they get a proper bra fit, and hold up those girls, you will look like you have dropped twenty pounds. I had not had a bra fitting in years and yes, the boobs hung low and wobbled to and fro. So, I hit the mall and went for the fitting. I was like every other woman enrolled in S & C 101; my bra size was drastically different from the size I was wearing. But, VIOLA, once those girls are hoisted, you do look thinner…the waist is revealed.

A big roadblock for me was that I had to change my way of thinking about woman’s sized clothing and the stores which sold them. I did not want anyone to see me walking into a Lane Bryant. I was embarrassed. For me it was almost as bad as being seen walking into a male strip club (just for the record I do not go to male strip clubs). Baby steps are good in a journey of change, so I sucked it up and walked into Lane Bryant. Today, the ladies in the location nearest me are friends and will save and look for items for me. I am about to lose the weight to where I will no longer shop there, but they give great service and I will miss them. They helped me along that road toward feeling 40!

Shopping Notes: For bra fittings: department stores, Victoria Secret, and Lane Bryant will fit you with awesome selections. I also have two Bali Bras from Kohl’s which I love…thick back straps, padded thicker shoulder straps, comfortable and pretty.