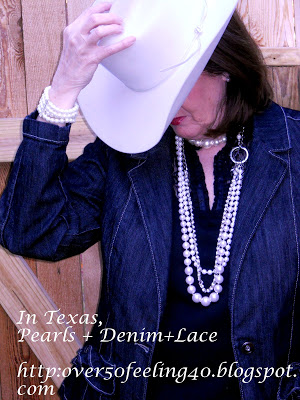 For the first part of my life, pearls were just something my mother wore to church. But all of that changed the summer of my 18th birthday!

I was excited to be hired in the merchandising department at AstroWorld theme park in Houston, which, by the way, no longer exists! The park was strategically located near the Astrodome, one of the wonders of the world….now embarrassed by JerryWorld in Dallas. But, I digress.

They dressed me in an oriental costume and placed me in an outdoor booth called The Pearl Cove, near a lagoon and a loud speaker screaming Chinese tunes all day long…(.I still hear that music in my sleep.)

I fished oysters out of a tank for customers; opened them; and if they paid “only $9.99” more, would make a necklace or ring with the pearls.

Other than that, the allure of this occupation wore off quickly after several soakings in Houston rain and one time actually gluing a ring to my thumb that I was working on for a customer. The glue we used was permanent and I lost some skin in this deal.

This is a long story to say, I have loved pearls ever since then…they are timeless, classy and feminine!!

I was so excited when Reva http://revasragstoroses.blogspot.com/ asked me to join other bloggers in a celebration of pearls! Check these gorgeous ladies out!