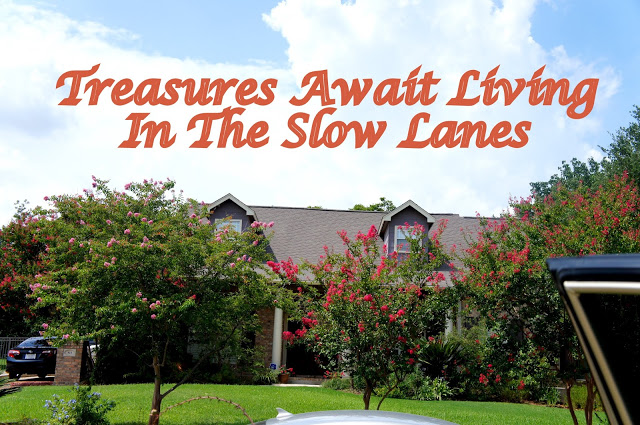 I have made so many confessions on this blog that I should
not hesitate to make one more…but I know some of you will laugh…and scoff…and
even call me WIMP!   But, here goes….I
HATE SPEED…not the drug (though that’s bad as well) but, actual SPEED.  I do not enjoy going fast in anything…not a
theme park…nor a swing…nor down a mountain of snow…roller coaster…and
especially not a freeway.  My husband
says it is a control issue and he is probably right. My kids think this shows my age…maybe they are right as well!  But, nevertheless, I do not really like to
leave my comfort zone for speed.  Texas
is one big super freeway and they are very difficult to avoid.  When I worked in Dallas and Houston, I sometimes
sat on a freeway for over hours just going to and from work.  Of course, I have to get on the freeways
every week even in more laid back San Antonio…
But, if I have the time and the preference, I will avoid the
highways for the byways.   What is great
about living in the slow lanes and not the fast is when you drive the byways,
you will often find great little businesses which you might have flown by when
up in the fast lanes.  I have discovered
some great cafes, boutiques, and consignment shops just while cutting through
the city making my own routes. You can see all of the major shopping areas from
the freeways, but it is the hidden places I discover and so often like the
best! 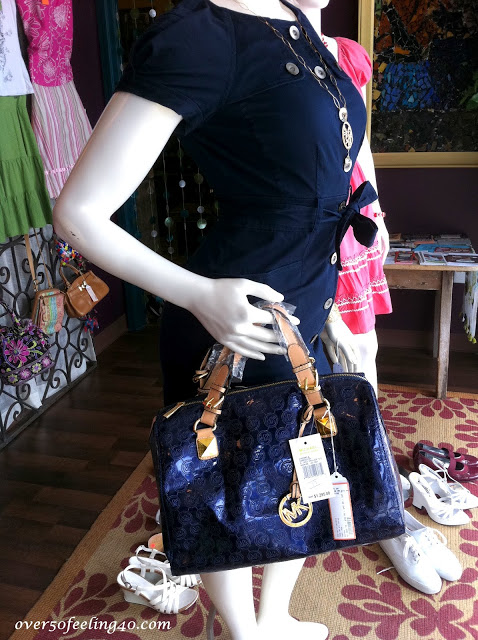 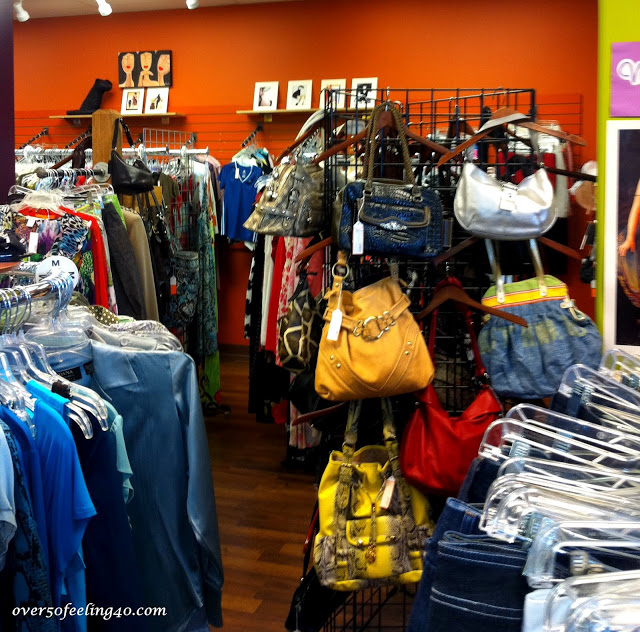 Gigi took me out last week to one of these favorite spots, SERENDIPITY CLOTHING SA, a consignment shop…which happens to be right next door
to a new Mediterranean Café,COOL CAFE, which is said to have amazing crepes! 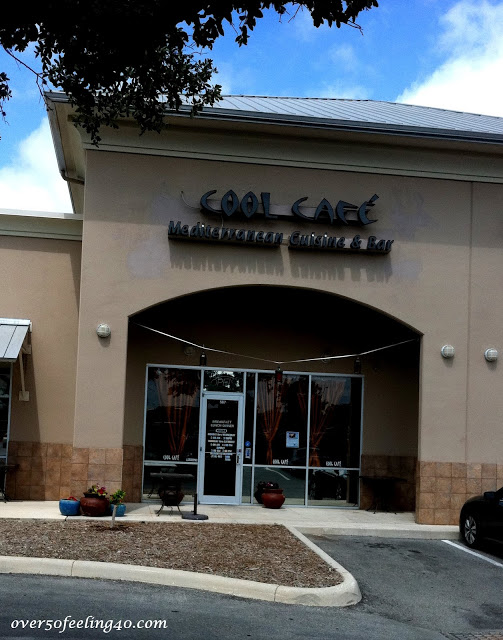 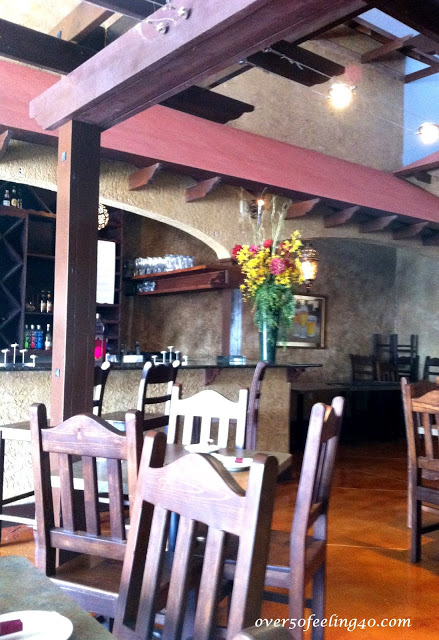 We popped in just for a glass of tea and promised to return for crepes another day.  For my birthday, Gigi was treating me to shopping fun…the resale
way!  I will model the looks for you
after school begins.  Also, Gigi’s looks will return to this blog at that same time!  I have seen some of her new outfits and you will love them! 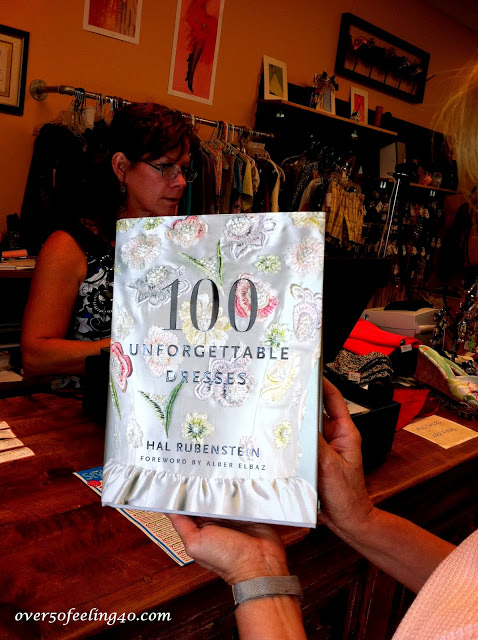 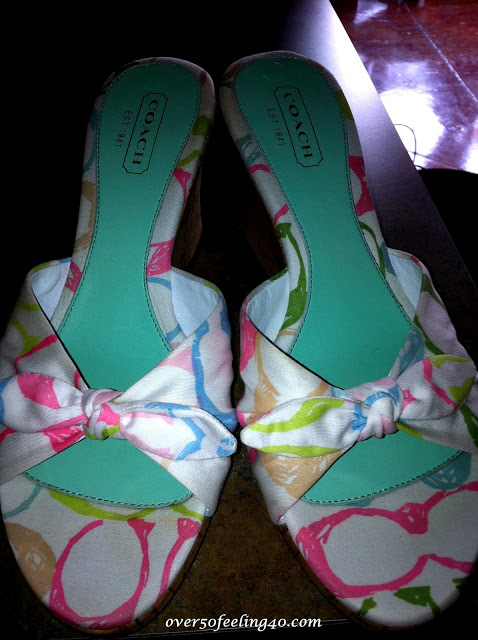 Another great store found on the byways is STEIN MART.  I recently told you that my husband has lost
a lot of weight and is about to start a new job.  So, we scored big at Stein Mart!!  Two Ralph Lauren Sports Jackets, three pair
of Ralph Lauren slacks, three Michael Kors dress shirts, a pack of Kenneth Cole
Socks, a cashmere sweater vest and a belt…..ready for this, all of it for well under
the cost of one suit.  Both RL sports
jackets were originally priced at $400 each…at Stein Mart, $150 each.  You just have to love July sales…not to
mention what you find living in the slow lanes!  I promise to bring you some more great places as I trek around the city at mine own pace on the byways! 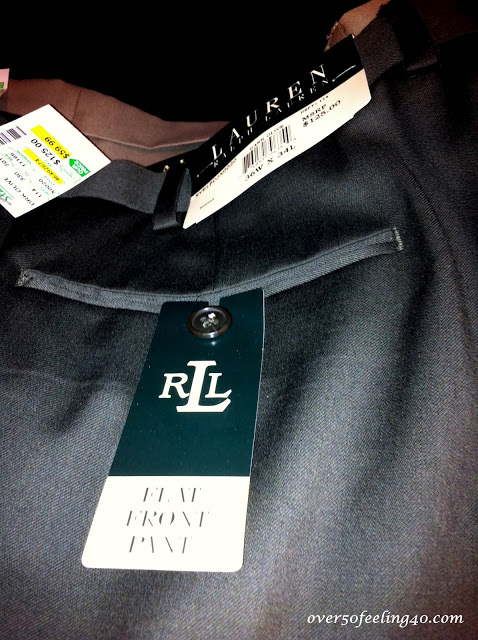 On Wednesday,  I will
join JILL and ADRIENNE for a tribute to Coco Chanel!  Jill is making her own Chanel jacket and I
cannot wait to see the final product.
Coco Chanel said: “I invented my life by taking for granted that everything I did not like would have an opposite which I would like.” 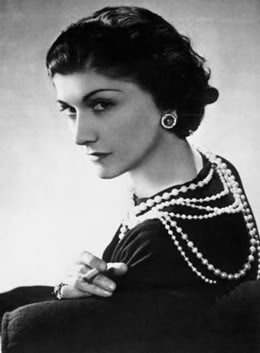 (hmmm, kind of like I found joy in staying off freeways!)

Have a great Tuesday, everyone!