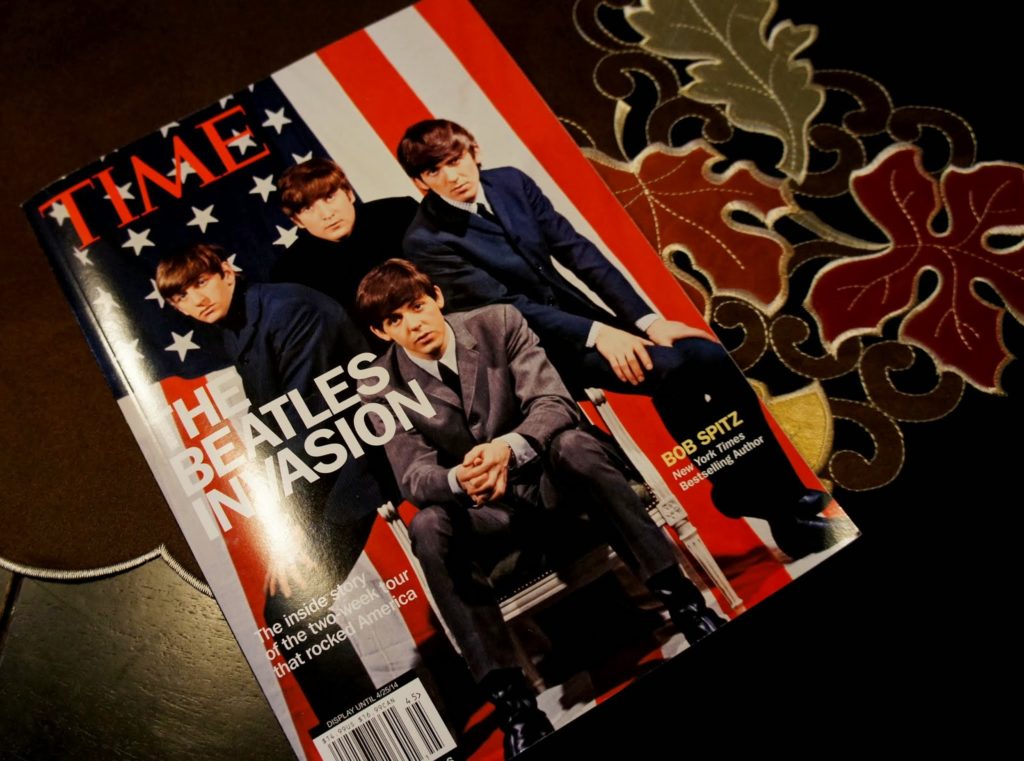 Let’s get the truth
out of the way right now….yes, I confess, I was a screamer! 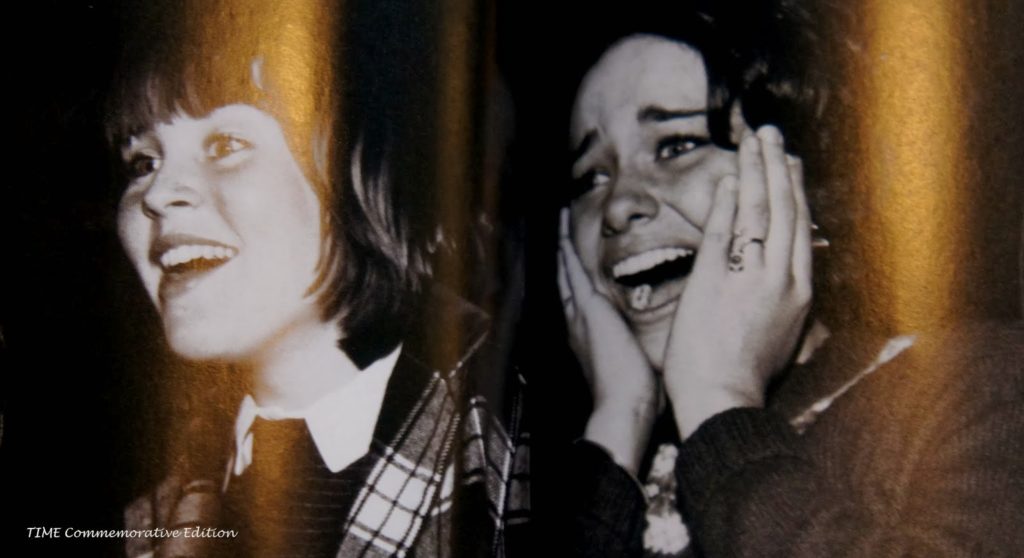 I did not set out to be a screamer.  It snuck up on me. You know these things
begin in small ways….so, let’s just start at the beginning.
Weekend evenings at my home were almost always the same…my
parents would not miss Lawrence Welk or the Ed Sullivan Show.  It was family time to sit before the box and
enjoy the entertainment.  I really looked
forward to the Lennon Sisters and whatever Ed Sullivan featured from spinning
plates to Topo Gigio (remember the mouse puppet?) so I rarely left the room. 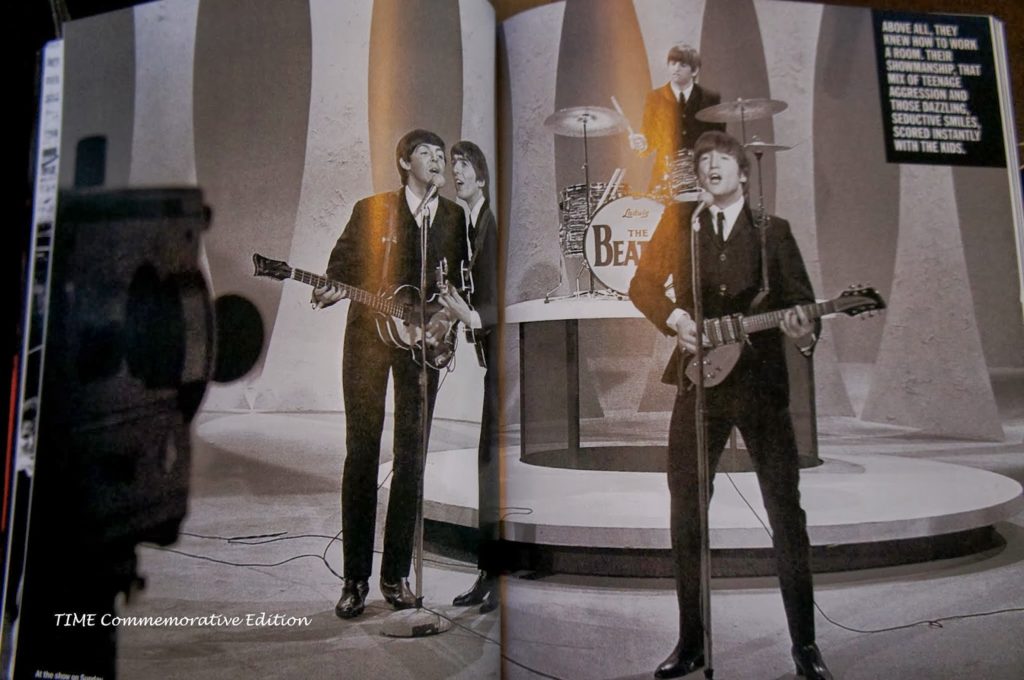 Yet, on this one night, February 9, 1964, I was headed to my
bedroom, when the screams of girls, and the
first strike of music stopped this ten-year-old in my tracks.
“Good God, what’s this?”  My
father was disgusted immediately and as he rose to turn it off…I yelled, STOP!  Then, as if in a trance, I walked purposefully and knelt
in front of the box, mesmerized by All My Lovin’ and Paul McCartney’s smile (which even now, is still pretty
cute!). It was a love at first note that never died. 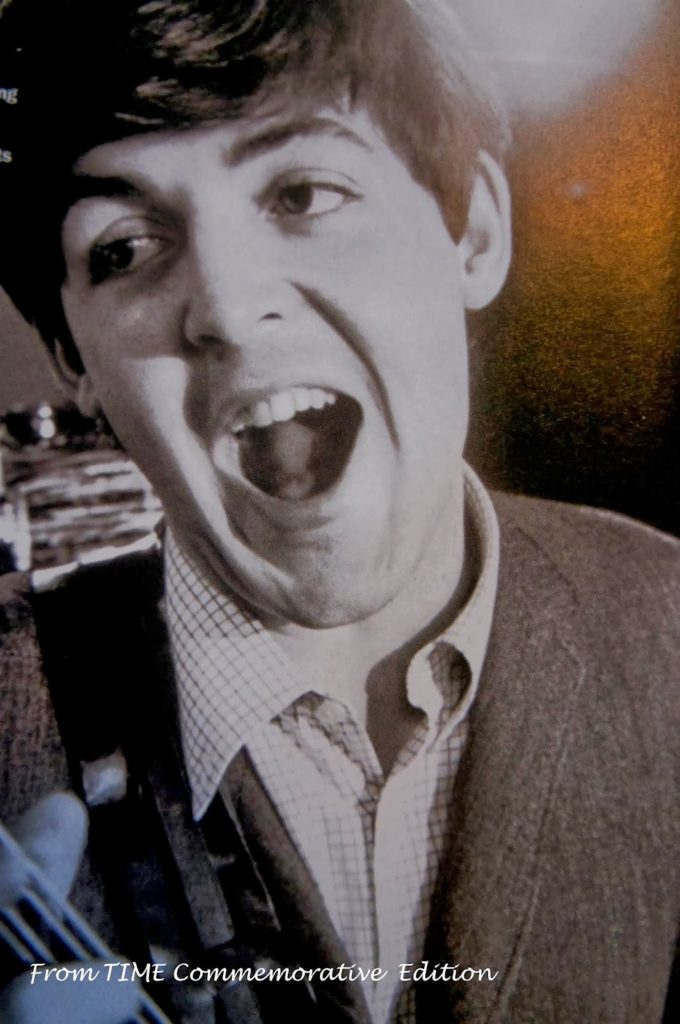 Though my father found the Beatles disturbing, he took pity
on me a couple of weeks later after some surgery on my sinuses.  As a gift, I received my first record player
and 45 RPMs of The Beatles.  Then I
started a collection of memorabilia which I was quite proud of….Teen Beats,
newspaper clippings, bobble heads, tee shirts, anything upon anything which
featured John, Paul, George and Ringo…I knew their birthdays, their eye color,
their girlfriends names…I was smitten.
But, as with most addictions, it would be peer pressure
which took me to the brink.  A huge group
of school friends were first in line at the movie theater in Wichita Falls,
Texas when Hard Days Night was
released.  Not all of us were screamers
at that point, but it did not take long for each girl to join in.  As I think back on the whole experience, I am
amazed no one complained (that I know of) and the theater owners allowed us to
sit and scream through each showing.  I
am also amazed that our parents allowed us to see this movie fifteen times….I
guess to just get us out of the house!
Since, I never actually got to see them in concert, the screaming was
only in movies and in some of our houses.
Sigh….Paul never knew I screamed! 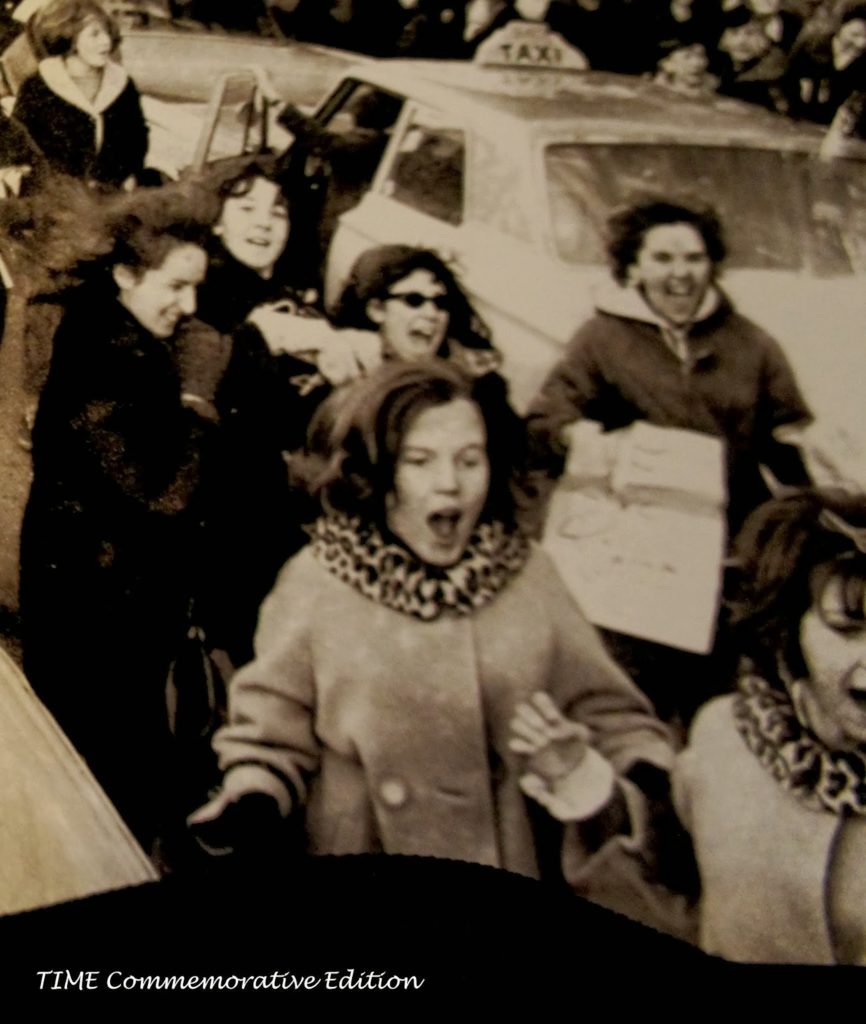 But, I did, and through the years, the screaming became
something I hid inside…closet screaming… so few people actually knew I was one
of THEM.  The Beatles and I took different paths…their
early albums are my favorites…I am not a Sargent Pepper’s or White Album fan as
I was of the early albums…which I think are the best.  I knew deep inside that Paul wasn’t really
dead… did not believe the hoax for one minute…despite all of the supposed
evidence.  But, though we went our
separate ways, when I took my first job out of college and returned home for my
possessions, one thing I still wanted was my trunk full of Beatlemania.  It was near and dear to my
heart.
Dad? Where’s that blue
trunk that was in my room.  The one full
of all my Beatles stuff?
“I threw all that junk
out…what do you want that for?”
It is still painful to think about it.  Yep, it was gone.  A slice of history…a slice of my life…and it
took me a long time to get over the loss.
I guess, this Time Magazine will have to do. 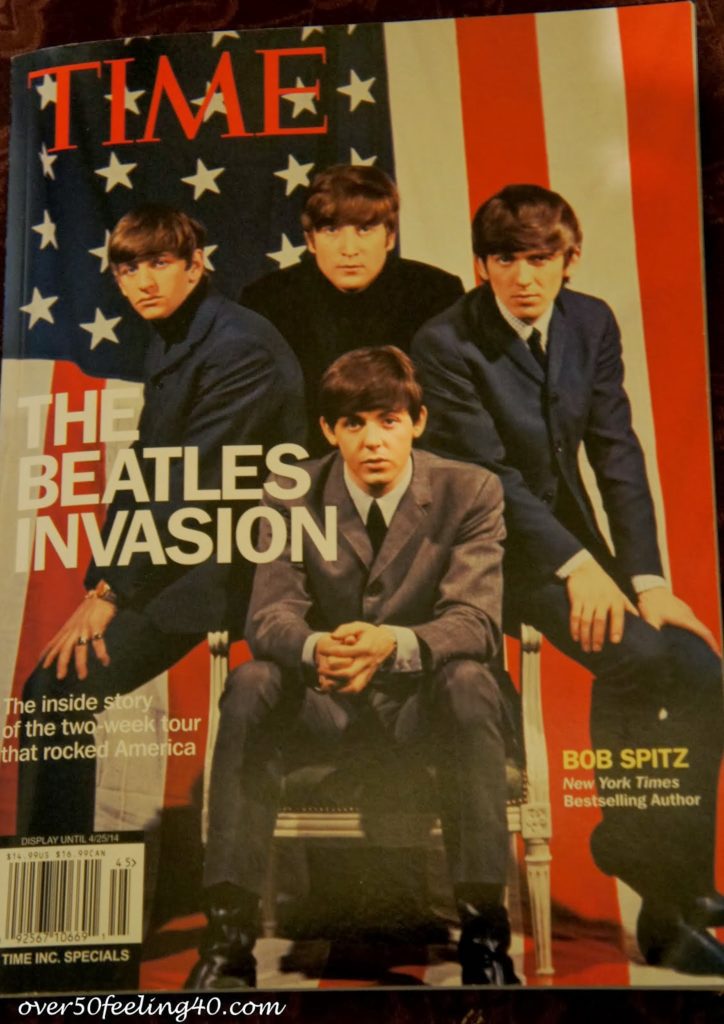 I cannot believe it has been 50 years!  “I guess I’ll always stop and think about
you…some have gone and some remain”……thank you Paul and Ringo for the music, the
smiles, the tears….
And the screams!
Have a fun-filled Saturday everyone!


This is a Beatles BLOG HOP AT MIDLIFE BOULEVARD!  Lots of memories and fun!