This is an important post for those who suffer from arthritis-related pain.  May is Arthritis Awareness Month and during this time, my husband, (you know as Mr. B) has agreed to put the new OMRON Focus TENS Therapy For Knee to the test for pain relief, something he experiences daily.  That would be Mr. B in the photo above running in Israel just last year.  First, I will allow him to tell his story and next I will tell you why you should know about these amazing little machines called the Focus TENS Therapy for Knee for drug-free pain relief.

ALL HE WANTS IS TO RUN – IN HIS WORDS 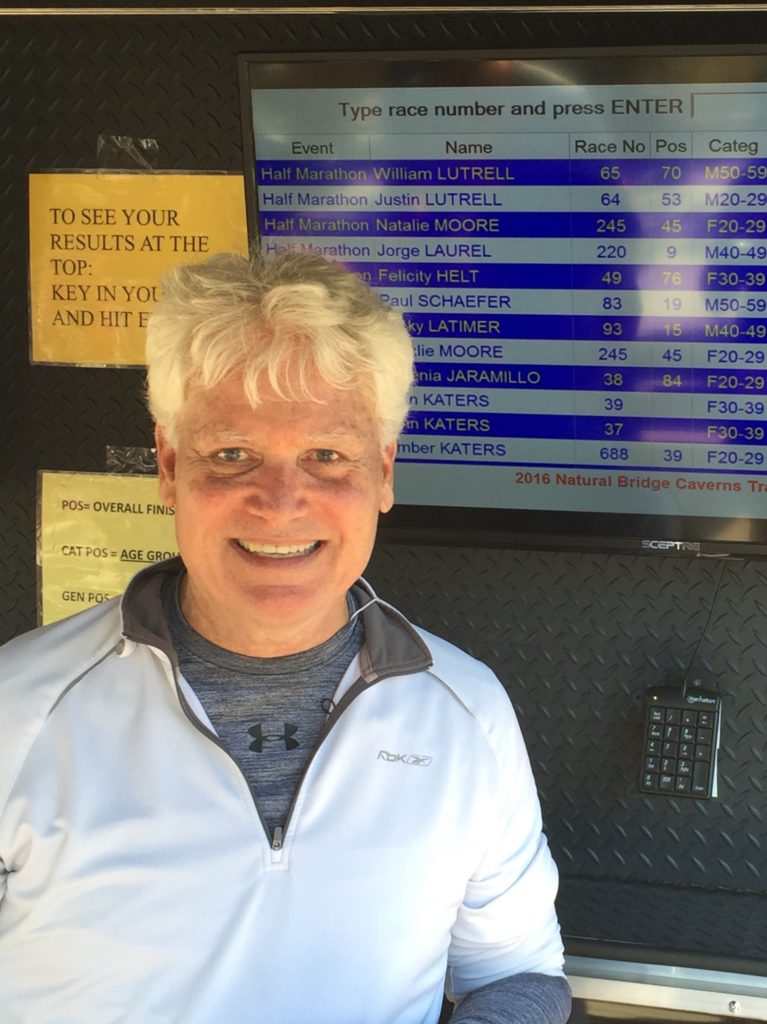 ”I was staring at the image of the x-ray on my right knee displayed across the screen as I waited for the orthopedic surgeon to arrive. A previous MRI revealed deterioration to the ACL, a torn meniscus and osteoarthritis. Basically, it’s a bone-on-bone injury that seemingly developed within a very short time. With his entrance into the room I stepped away from the screen hoping to hear something encouraging. He spent 30 seconds glancing at the image of my knee and then said, “Seriously. You run on this?” It was a rhetorical question deserving no response but, in my heart, I wanted to say, “Yes, because that’s what runners do.” I am a trail runner but not necessarily by choice.

At the age of 50, two years removed from the financial crisis of 2008 but still in its grip, I was unemployed. The second time in only three years. Emotionally, I felt like a boxer who had just been sucker-punched and now laid lifeless on the canvas, with no strength to arise.

Soon after, on a Sunday morning as we were walking out of church, someone I was merely acquainted with expressed his concern for me and my unemployment and then asked me this question, “Do you own a pair of running shoes?” I thought that strange and I answered “Yes” but, honestly, I wasn’t certain. He then quipped, “You should start running.” As he walked away, I thought to myself, I hate running.

The next morning, I started scanning back through job offerings, but my emotions and sense of despair was too great. As it turned out, nestled in the back crevices of my closet, I did own a pair of running shoes. I still had a dislike for running but I knew of a park where I could run on trails where I couldn’t be observed. Whatever pride was still in-tack wasn’t willing to risk exposure of 30 years of sitting behind a desk.

I can remember my first attempt at running as if it took place just this morning. I walked up to the trail head, looked up at this steep incline that I couldn’t accurately judge its end point and took off running. That morning it took me two-hours to finish two and half miles. But every day I went back, and overtime strength returned. Not just physical strength but mental strength and a return to hopefulness. Since that time, I have competed in running events in much of Central and South Texas, Alaska, Colorado, Nevada, Israel and an unsanctioned and totally unauthorized solo-run through Petra (Aqaba, Jordan).

In addition to the health benefits, running made me feel alive again. This last January I attempted to complete an Ultramarathon at Tejas Trail’s Bandera Endurance Trail Run. The Friday before the event I had a previously set routine doctor’s appointment with my arthritis doctor who I see every six months due to osteoarthritis. She asked so I explained that the knee was very painful, especially after long runs but horrifically painful when I stood after sitting at my desk for long periods of time. Then I foolishly admitted that that weekend I was participating in a running event. She then asked, “How far will you be running?” I responded, as if it was no big deal with, “50 kilometers.” Her response was shocking, with raised voice she exclaimed, “50 kilometers? You shouldn’t be running 5 kilometers. You are only hurting yourself.”

There is that moment where something beautiful comes into your life, something that restores joy, but then you realize it took on too much meaning. What was once good had now become bad. Running is now less frequent, and the miles are much less, and the pace painfully slow. The absence of running is like experiencing the death of a friend. Part of living is learning to adjust, always adapting to new realities and never giving up. 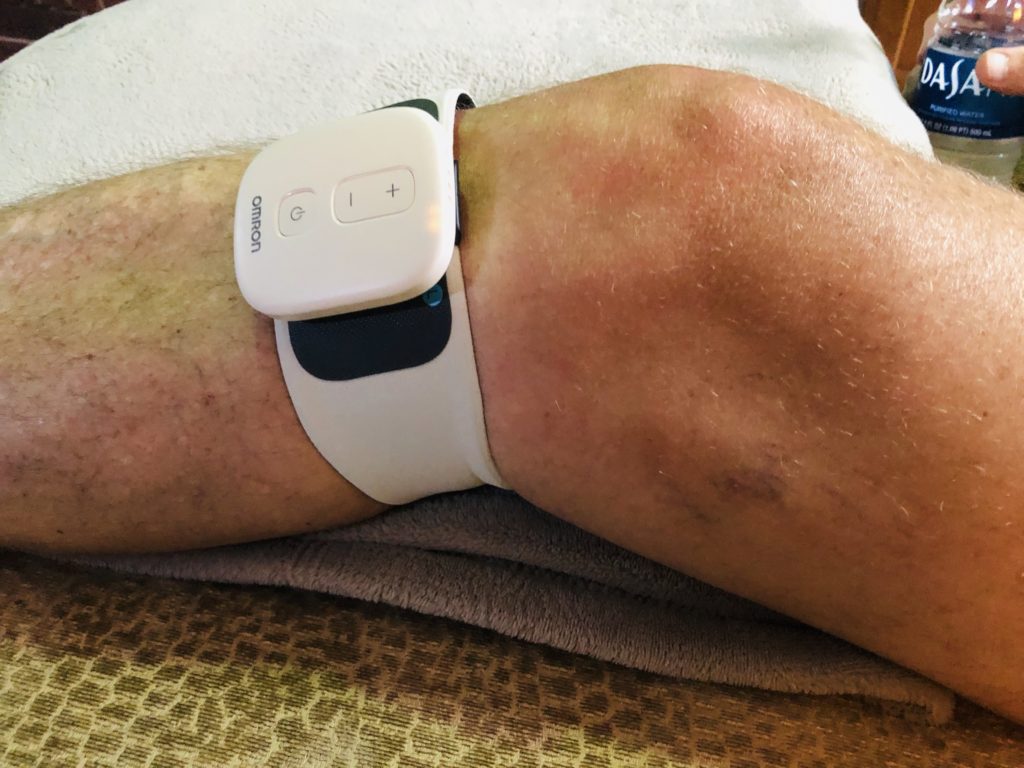 HE IS NOT ALONE

Chronic and acute pain affect as many as 70 million Americans, according to the Center for Disease Control (CDC).  Arthritis affects over 54 million U.S. adults, and the prevalence of arthritis cases is understandably higher as we get older.

The latest OMRON innovation in the pain management category is the Focus TENS Therapy for Knee.  This is what Mr. B is using.  OMRON explains the process this way:

“TENS stands for transcutaneous electric nerve stimulation, and it’s a drug-free pain therapy that has been administered by physical therapists for over 40 years to alleviate chronic, acute and arthritic pain. TENS technology works by sending stimulating pulses across the surface of the skin and along nerve strands. Scientific research suggests that TENS may help block pain signals from reaching the brain, trigger the body to release endorphins which act as natural painkillers, and improve blood circulation. While this therapy had only been available in healthcare professional’s offices previously, OMRON was the first to develop FDA-cleared TENS devices for use at-home.”

A REPORT IN TWO WEEKS 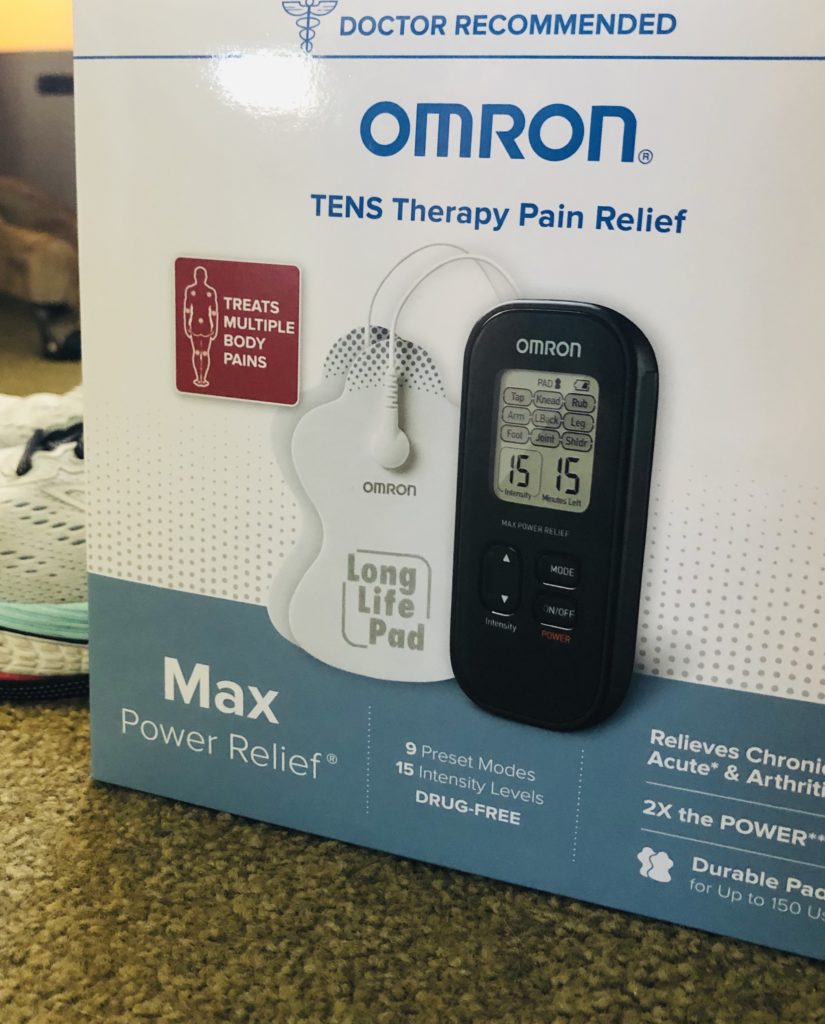 I am going to try the OMRON MAX POWER RELIEF TENS device on the shoulder I dislocated when I feel against the wall.  Mr. B and I Both will report back in two weeks.  He has begun and is encouraged, and he is at a deeper level of pain than I am.

If you are experiencing similar types of pain, especially associated with arthritis, then watch for this follow up and consider trying one of these two drug-free pain treatments from OMRON.  None of us should have to live with the pain or the consequences of pain medication.

Disclaimer:  I was compensated for this post, but the words are my own (and Mr. B’s) 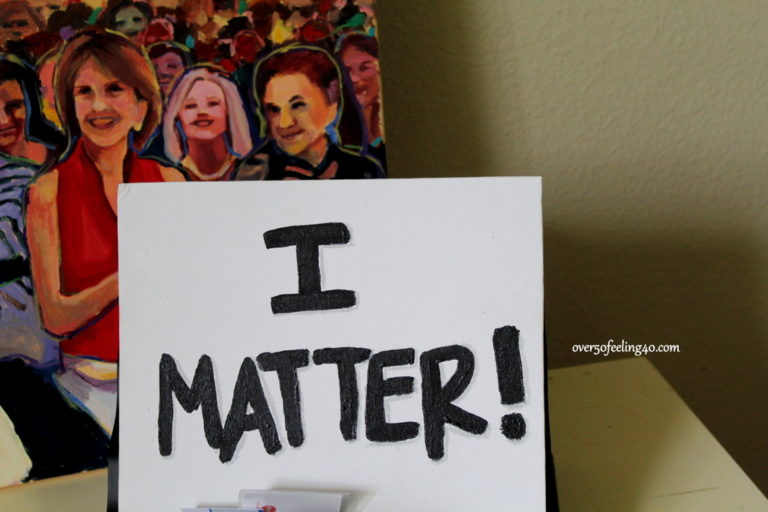 This is a sponsored post.  I have exciting news for those of us concerned about Heart Health specifically our blood pressure and it is called HeartGuide. I first worked on behalf of OMRON four years ago and each time I have joined them to bring you a new product, it has been personally life changing… 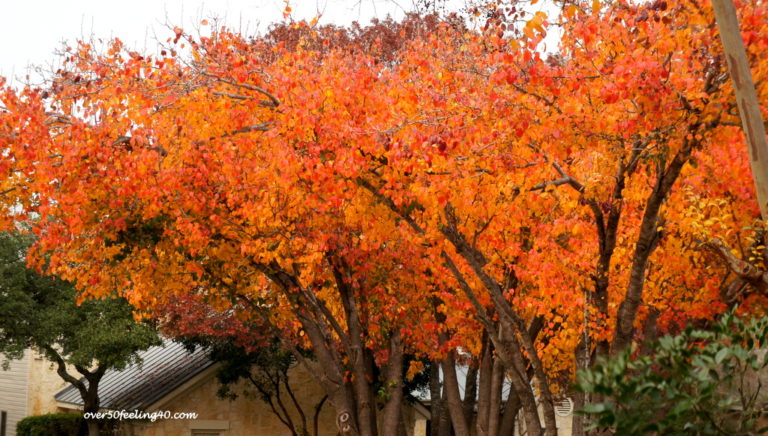 A recent conversation made me stop and consider what life might be like if I were in retirement.  I commented to someone recently that it sounded so nice, because I am crazy busy and in need of some down time.  She remarked “Since retirement, I AM JUST GOING THROUGH THE MOTIONS.  Sometimes I sit for… 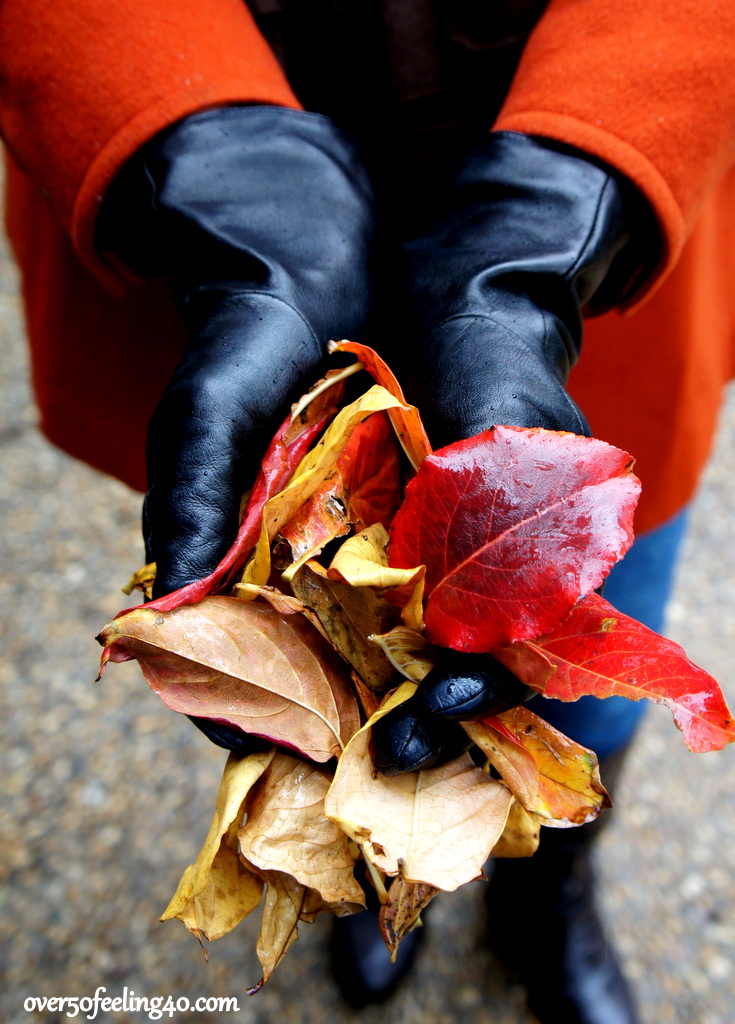 The appalling lack of social graces on social media is a topic I have discussed before.  But, today I would like to challenge all of you on a larger level. I personally believe good etiquette overall is suffering in our society today.  I see and hear rude comments every day coming from a variety of… 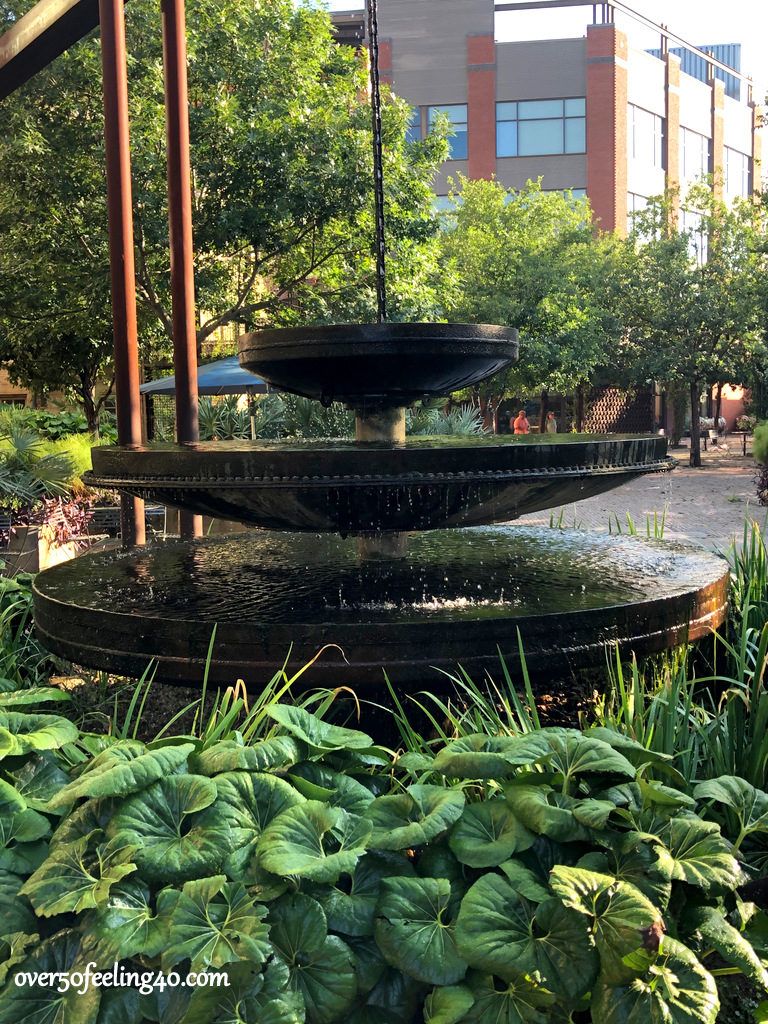 My youngest son blessed me on Mother’s Day with a gift card to the hiatus spa in San Antonio’s amazing area called The Pearl.  This is a great post to read if you are going to visit San Antonio, live here, or if you need a reminder to put you on your priority list and… 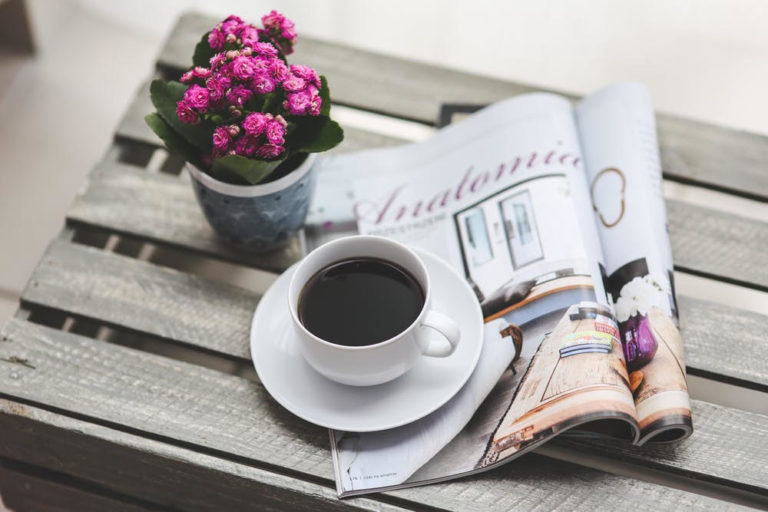 Time for Today’s News for Women over 50!  This is where I curate news headlines just for you, the incredible strong women over 50.  I seek out news that will be interesting and relevant to your lives during this particular time of life.  However,  I do ask that if you read something here that prompts… 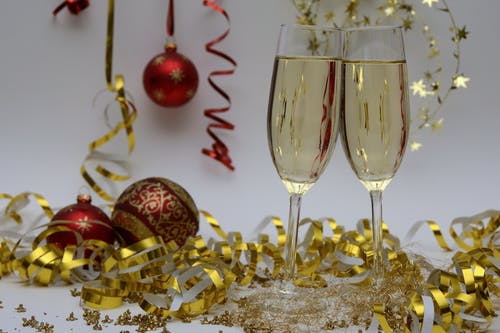 “Each New Year is an opportunity to make the choice to be joyful, content, and live life with a smile…no matter what your circumstances.”  -Pamela Lutrell This is the first time I can remember being relieved to see a new year begin.  2018 was full of stress and challenges for our family.   My son-in-law faced…