Skip to content
“Many women make their grand
entrance at Lincoln Center looking like exotic orchids in diamonds and paint,”
John Fairchild wrote in 1965, “while Mrs. Guest walks briskly down the aisle in
a pale cream cardigan suit.”
My sweet blog friend, Serene of The Elegant Bohemian, recommended a book one day, THE POWER OF STYLE by Annette
Tapert and Diana Edkins, so I picked it up off Amazon and have really enjoyed
the biographical stories of  the ten
style icons the authors believe “defined the art of living well.”   Everyone defines style differently, and in
this book, they believe that style embodies discipline, sense of humor,
resourcefulness, originality, verve, and fearlessness.   The fabulous ten are about half women I am
familiar with and half not. 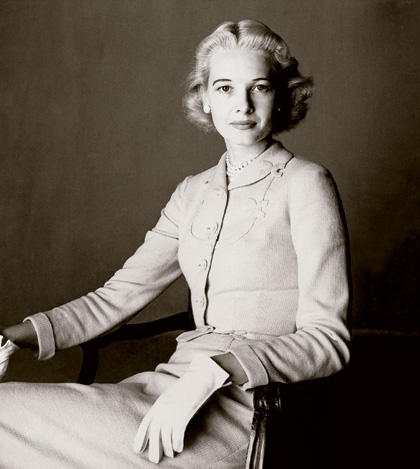 For instance, I had not heard of
C.Z. Guest.  Born in 1920, she would grow up to rebel against Boston society and become a showgirl in the Ziegfeld
Follies.  But in the spring of 1947, she was
thrust into society’s limelight when she married Winston Frederick Churchill
Guest.  Ernest Hemingway was the best man
at their wedding which was held on his plantation in Cuba.  She soon became known as America’s most
elegant sportswoman with also an interest in sophisticated fashion.  “I like fitted clothes that show off the
body,” she said.  “My style was
Mainbocher’s style (Note: American couturier Main Rousseau Bocher) “ Her
loyalty was enduring: she wore his clothes for fourteen years until he closed
his house.”  America enjoyed watching her
and on July 20, 1962, she appeared on the cover of TIME Magazine accompanying
an article, “A Legend in Her Own Time.”
Her story is an intriguing one as presented in this book.  Late in life, she wrote three books on gardening, wrote gardening columns,conducted lectures, and produced a line of gardening products.  Thanks to her new career, Guest believed she blossomed over fifty from a wall flower to a real woman.  She simply defined style as “what you are inside.”
What do you think of that definition of style?  Oh yes, and have a happy Wednesday!!